Just How Bad Are Things? 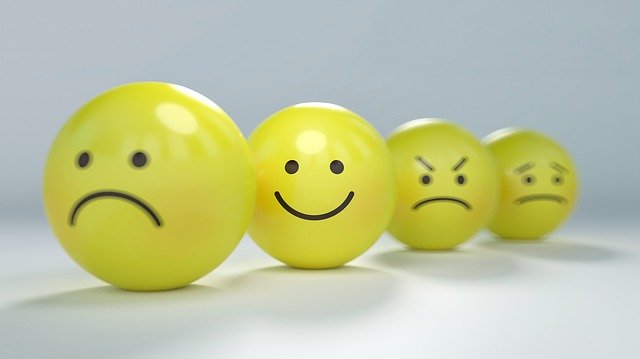 We all have heard someone complain about how bad things are these days, or how afraid they are about what the kids growing up today will have to deal with, or that the future looks bleaker each year, or, or, or.   World-weariness affects almost all of us at times – but are things really that bad?

Steven Pinker, in his book Enlightenment Now, shows us that this pessimistic mindset is not just wrong, it is a “flat-earth” kind of wrong.  There are times in the book that Pinker creates distractions from this great work by pointing a finger of blame at people or institutions that he feels have held the world back, but his scholarly documentation of the progress mankind has made over the past few hundred years is hard to argue with.

We humans have trouble seeing the forest through the trees regarding our true position in history because we are so close to current events, but let’s consider some of the many ways Pinker points out that we are better off than before:

Life expectancies, which were stuck at around 29 years old through most of history, were 71 years old in 2015.  Child mortality was in the 30% range just 200 years ago.  In 2015 it was around 1%.  Even Sub-Saharan Africa has seen child mortality drop, from one in four in the 1960s, to around one in ten now.  This represents tremendous progress in just 50-60 years.

Since the late 18th century, in Europe, the rate at which women died in childbirth dropped three hundred-fold from maternal deaths in 1.2% of births to .004%.  That is good news for everyone – not just mothers, but also the children that now get to grow up knowing their mothers, and the families that have not been devastated in this way.

Health care advances such as the eradication of polio and smallpox, use of penicillin and chlorinated water, advances in immunology, and medical imaging have saved an estimated five billion lives.  There are a lot of people out there now that would be dead if they had lived in another era.

Let’s talk about hunger.  Calorie intake worldwide has risen 30% since World War II, meaning a lot less starvation.  Developing countries saw 35% of their citizens suffering from undernourishment as recently as 1970.  Today that figure is around 12%.  That’s 1/3 of what it was 50 years ago.   Hunger is being reduced almost everywhere.

200 years ago, 90% of the world population lived in extreme poverty.  Today that number is in single digits.  Places that were miserably poor like South Korea, Taiwan and Singapore are now comfortably rich.   The world overall has become a wealthy place.

A common knock on this optimism is that most of the new wealth is going just to the rich folks these days, but we have to remember that a rising tide lifts all boats.  If a million poor people double their income and are lifted out of poverty, they couldn’t care less if some billionaire doubles his wealth.  There will be a million families that have less hunger, more education, and more creature comforts.  That makes for a lot more happiness, regardless of a perceived inequity.  That is a good thing.

Our changing climate is a hot topic these days, no pun intended.  There are many facets to our environment, but let’s look at some things that people focus on.  Carbon dioxide: in both the US and Europe, CO2 emissions have declined since 1980.  The number of oil spills have declined from over 100 per year in the 1970s, to an average of less than 10 per year now.

Population growth rates have declined from over 2% per year to less than 1.2% per year, and are expected to decline to .2% per year during this century as reductions in poverty and child mortality reduce the need for large families. Problems expected from over-population are going to fade into the dust pan of history as populations shrink instead of grow.

War is a constant worry for many.  Despite the headlines from Ukraine, wars are much less frequent than before.  Until the 1700’s, it was common for the majority of great powers to be at war in any one year.  Today the frequency is close to zero.  Genocide, common in past centuries, is rare these days.

And, on a personal level, we are much safer these days, too.  Through 2015, homicides have declined in the US by half since the 1980s.  Motor vehicle deaths per million miles driven are 1/10 and pedestrian deaths are 1/6 what they were 100 years ago.

How about accidents?  Death from falls, fire or drowning are down 80% in the last 100 years.  Workplace deaths are 5% of what they were a century ago.  Even deaths from natural disasters are only 1/10 of what they were back then.  Clearly, we are all a lot safer than we used to be.

All of this means that almost everyone has a greater ability to enjoy life than they did 50 or 100 years ago, in both the US and the rest of the world.  Of course, whether one chooses to dwell on the negativity of daily news or the many benefits we have received over the past 200 years is a personal decision.

So, the next time a nay-sayer friend comments on how bad things are, you can say you respectfully disagree, because you have seen the data that proves just the opposite.  We are doing great and getting better all the time.

Today, many folks point to the financial markets, and say what about that?  Both stocks and bonds are down significantly this year, but at Shadowridge, we don’t just sit idly by and let losses pile up.  We take action.  Since March when our research told us that this decline was going to be “a big one” (technical term), we have moved the majority of our assets out of the market into cash or money market funds.  One of our more aggressive portfolios is actually short the market, meaning we can potentially profit if an Index posts losses.

There is an old saying in the investment community: “In a bear market, everyone loses, and the winner is the one who loses the least.”  We may have had some losses this year, but in the past six months or so, our losses have been a small fraction of what the major indexes have experienced.  Our methods are not perfect, just very good.

Making these kinds of moves for our clients is what we call proactive management.  Unlike ordinary investment advisers who tell clients to just be patient while they sit on their hands and let losses pile up, at Shadowridge, we take pride in our ability to Adapt to Changing Markets®.

If you are already a client, stop worrying. We’ve got you and are working to protect your account values.

I know that this newsletter reaches a nationwide audience and that some of you are not yet clients of Shadowridge.  If you’re in this group and want to see how proactive management can get you results that you’ll appreciate, call Shadowridge at 888-434-1427.  It may be the smartest investment call you ever make.