The Problem with Recessions 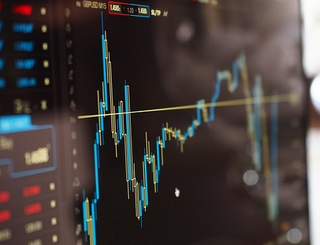 In the next few paragraphs, I’m going to give you a peek into the future and let you in on what we see unfolding in the economy and what impact stock market investors may see.

What we are seeing is an economic recession on the horizon.  There is a very high probability that we may already be there, but it takes two full quarters of economic reporting for the government to formally declare a recession, and in six months, stock markets can take a beating.  Waiting to take action until a recession is declared is like shutting the gate after the horses have already gotten out.  We are acting now for our clients.

Technically, recessions are when the economy stops growing and starts shrinking.  This is important because, as an example, if you have population growth of 2% from a combination of new births or immigration, the economy needs to produce 2% more goods and services to allow everyone to have the same national standard of living.  So, when the economy stops growing and starts to contract, that means our overall standard of living is sliding backwards.

A century ago, we lived in a world where a recession was a normal thing that occurred every 2 or 3 years like clockwork.  Over the last 22 years, we’ve only had 2 recessions (I’m not counting the “Covid Crash,” which was so short that it doesn’t fit the standard model of recession.)  The last real recession ended 13 years ago, in 2009 after the “Great Recession.”  What happened to change the pattern from having recessions every 2-3 years last century to an average of every 11 years during this century?

For starters, policymakers are better at managing the economy than before.  I’ve been known to ridicule some Federal Reserve Board actions, but they have a bunch of smart people there and have done some things with monetary policy that I could never have conjured up.

Also, manufacturing industries changed from the old standard of stockpiling inventories to just-in-time delivery of their products.  In the old system, when inventories grew too large because sales didn’t keep up, factories shut down to work off excess inventory and workers were laid off, creating the bust portion of the old boom-and-bust swings of the economy.

Recessions are rarer now, but that makes them more problematic, sort of like snow. If you are used to them, a snow storm won’t disrupt your life very much.  But if you are not used to snow, 6 inches of it can paralyze the town for a week, like it did a couple of years back in Seattle.

So, in one sense we’re lucky to have fewer recessions than our ancestors, but that just means that if we have one, more people will be unprepared.

For you as my reader, this is important because recessions usually produce bear markets for investors.  The last three recessions have hit S&P 500 Index fund investors with losses of 52%, 56% and 33% of their savings.  A 50% loss means investors must double their money, needing a 100% gain just to get back to even.  How often do 100%+ returns come along?  Not very often.  This is why avoiding big losses is the single most important thing for investors to do.

We believe the best way to avoid these devastating Index-type losses is with proactive management, such as Shadowridge provides our clients.  This is a style that moves money from investments that are going down to ones that are going up, or are at least more stable.

The decline portion of the average bear market lasts 18 months, and digging out of that hole takes an average of 36 months, meaning bear markets cycles eat up an average of 5 years of your life with zero return (and a whole lot of risk).  For investors drawing income from investments, zero return means savings shrink as money is withdrawn.

This chart is of what is termed “the Lost Decade.”  The S&P 500 Index is in red.  Please notice that after 10 years of investing, the red line was still below the starting point.

In many cases, the “Lost Decade” caused losses that took 13 years to recover from.

In my last newsletter article, I said I thought we were entering a “2 steps back-1 step forward” kind of stock market.  This is what I meant by that.  It will feel like going down a staircase.

This is what the dance step looks life in real life, using the 2007-09 market with the S&P 500 Index again in red, as an example

Our #1 goal at Shadowridge is to make sure you never have a life-altering financial event, like so many investors had in 2008.  Often before you realize there is a problem, we will have acted to protect you, like we have done over the past couple of months.

In a recessionary market, we often hold a lot of cash to reduce risk and preserve your account values, and we do some short-term trades to take advantage of bear market rallies when we can.  That is what we are doing for our clients right now.  We believe we are well positioned for a bear market because we operate differently from ordinary advisors who are not proactive.

If we are successful with these strategies now, then when the bear market finally ends and your principal is largely intact, we believe you will be able to participate in the buying opportunity of a lifetime.  You will have most of your principal while other investors will be starting out with much, much less – if they aren’t having to move in with the kids, that is.

If you know someone who is worried about their investments, mentioning our work by sending them our newsletter or a link to our webinar is the best thing you can do for them, and for us.  And if you are not already a client, call us at 888-434-1427 if you share our concerns about this stock market and would like our guidance.  I hope you call now, not after the horses have gotten out.