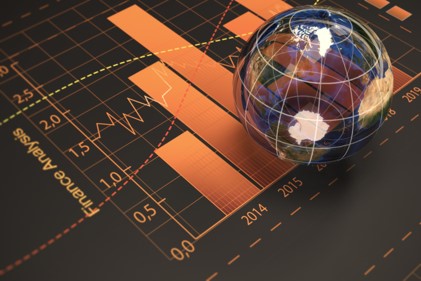 Last month I mentioned how we noticed that the market has been peaking mid-month and then selling off into the end of the month.  This happened in January, February, and March this year.  While I didn’t intend that observation to also be a projection, it seems to have happened again in April, as the S&P 5001 did seem to peak on April 16th, only to trade sideways until the last days of the month.

As of Thursday night, our Shadowridge Dashboard is showing Positive to Negative sectors as 11 to 0 (in other words, all positive) – which we haven’t seen in quite a while.  However, so far, the market has lacked any big movement in the major indexes that reflect that positive ratio.  It seems a possibility that we’ll see an up-side pop in the near future if the ratio can stay strong.  That’s what we’re hoping for at this point, at least for a few more weeks.

Our Mid-Term Cycle indicator went back to positive earlier this week, so for now we’ll remain optimistic that this move up can stay in effect longer than the 12-ish day runs that are currently happening (yet so much shorter than what we’d consider to be normal).

There is an old adage that investors should “Sell in May and Go Away,” and there is a lot of historical data to back up that claim.  Yale Hirsh’s Stock Trader’s Almanac has some fantastic stats on this phenomenon relating to their “Best Six Months” strategy, demonstrating that the majority of stock market gains are made between October 31st (Halloween) through May 1st.  There are signs to watch for when it may be seasonally time to play it safe, though May isn’t always a negative month.

In this month’s chart, I wanted to show the mid-month peaks over the past few months.  Compared to November and December of last year (see chart) where the S&P 500 moved steadily upwards, this year has been quite a bit choppier and more volatile.  So much so, that we’ve spent more than half the trading days so far in 2021 out of the market (or at a reduced allocation).  I’d love to see an upside breakout, but even with many factors being now in the market’s favor, it can’t seem to make that move.

Bonds – have been trying to make a comeback after being steadily down until around mid-March.  Since then, they’ve rebounded around 1%, bringing the Aggregate Bond Index AGG to -2.72% for the year so far.  High Yield bonds remain the bright spot, being up around 1% so far in 2021 (FastTrack Data).  As long as High Yield bonds remain stable, it is often believed to be a sign that the stock market can have room to continue to move upwards.

So upwards we’ll go, ever-so-slowly, for now.  Some wonder how long this will be sustainable.  Will Hepburn will be talking about his recent research into real estate prices, affordability, and sustainability at our next monthly webinar (coming up on Thursday, May 13th).  And I will be diving further into the positive/negative sectors as well as the current status of our Long-Term and Mid-Term Cycle indicators.

You can sign up for the webinar here.  We look forward to seeing you there!