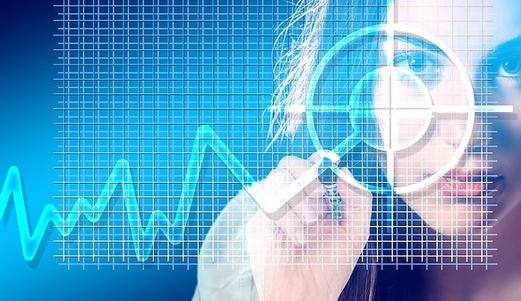 What a week to have to write a market commentary! Earlier this week the S&P 500 touched new all-time highs, and then Wednesday hit and gave us the largest one-day loss so far in 2017. Thursday looked like the start of a potential rebound.  It has been quite a roller coaster, but for what? In my opinion, there was no out-of-the-ordinary news or world event that seemed to be the catalyst for such a move.

Is 2400 on the S&P 500 the new ceiling? On March 1st, the market touched that number for a new all-time high, only to drop 80 points. Then, as previously stated, just this week we saw 2405, but only briefly. The Russell 2000 (small cap index) went negative for the year on Wednesday.  And Mid-cap isn’t looking much better. As we’ve said previously, the only real strong spot in the market at the moment is Large Cap Growth, which largely consists of technology companies.

Bonds – despite the rising interest rate environment, the bond market has been steady. We keep expecting them to take a bigger hit, but it just doesn’t happen. As always, this is something we’ll keep watching daily to make sure we’re not on the wrong side, should the market start to roll over. But as of right now, we’re watching and waiting.

Gold has been surprisingly trade-able this year. We are generally not a fan of the metal as a long-term holding, as the current five-year average on the price of gold is -4.7% as of 5/17/17 (Fast Track Data). But after much research and comparing notes with other firms, we’ve come to appreciate how to own it for medium-term swings. There are never guarantees, but we believe this new strategy could be positive for those interested in having exposure to this asset class.

The big picture – we’re still more aggressively positioned (primarily skewed towards large cap growth and technology) than we’ve been in a couple of years.  Before we change that, we’ll need to see more legitimate reasons, which we’re just not seeing yet, either in the news or in the data. And with the market continuing to rebound through the end of the week, we believe that this may have been a short-term blip.

1 The Standard and Poor’s 500 is an unmanaged, capitalization weighted benchmark that tracks broad-based changes in the U.S. stock market.  This index of 500 common stocks is comprised of 400 industrial, 20 transportation, 40 utility, and 40 financial companies representing major U.S. industry sectors.  The index is calculated on a total return basis with dividends reinvested and is not available for direct investment.